When exposition and backstory weigh down an opening scene it’s tough for a film to get off the ground. That’s the burden screenwriter Nick Schenk (Gran Torino) and novelist N. Richard Nash’s dated, over-written script gives this road trip movie. Dead weight. In 1979, Mike Milo (Clint Eastwood), an older, washed-up ex-rodeo cowboy, is sent to Mexico to retrieve a 13-year-old […]

“I’m built to prove myself,” chants Zed (Riz Ahmed, Sound of Metal), a rebellious British/Pakistani rapper. Brazenly, he’s sharing a new, defiant perspective on the South Asian experience in the Western world.  Culture clash powers this feature film debut by documentary director Bassam Tariq. It’s a reckoning for the central character and anyone who has drifted into […]

He’s a man about town. A lanky masseur in a tony neighborhood in Warsaw’s metro area. A Ukrainian immigrant. A foreigner. Not overly handsome, but magnetic. That’s the main character in this bedroom community slow-burning farce about a man whose sensitive hands rub Polish people the right way.  The concept and script were created by director […]

“They want to hear you sing,” says Rev. C.L. Franklin (Forest Whitaker) to his 10-year-old daughter Aretha (Skye Dakota Turner). And she did. Eventually singing herself into 25 Grammys, a posthumously awarded Pulitzer Prize Special Citation and the history books. How Franklin became the Queen of Soul and loved by millions is the subject of this fairly detailed and […]

Snake Eyes is a welcomed opportunity to see a cast of talented Asian actors dazzle. Even in an action franchise film built around a Hasbro toy doll, they excel. The film is an extension of a franchise started in 2009 with G.I. Joe: The Rise of Cobra, when an elite military unit of special operatives (aka G.I. […]

It was a volatile time. Malcom and Martin had been assassinated in recent years. Civil uprisings and riots had just simmered down. The summer of ’69 was a chance for a much-needed cultural R&R and reawakening. That happened in Harlem’s Mt. Morris Park, when program director Tony Lawrence created the summer-long Harlem Cultural Festival. Three-hundred […] 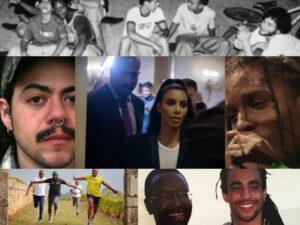 Documentaries were front and center at the 20th annual Tribeca Film Festival.  These are just a few of the non-fiction films worth noting.  All the Streets Are Silent: The Convergence of Hip Hop and Skateboarding (1987-1997) (**1/2) In the late ‘80s, NYC rappers and skaters cross-pollinated creating a hybrid subculture. Their haven was DJ Yuki Watanabe’s Mars Nightclub on […]

The 20th annual Tribeca Film Festival brimmed over with feature films that focused on our multicultural world.  Check out some of the most unique ones. Brighton 4th (***) Every immigrant has a backstory. The elderly Kakhi (Levan Tedaishvili) was a champion wrestler back in his country of Georgia, before he came to Brighton Beach, Brooklyn to live with his son in […]

For the 20th annual Tribeca Film Festival necessity was the mother of invention. To accommodate social distancing and other COVID concerns, the innovative fest took its screenings outdoors. Venues like Battery Park in Lower Manhattan, Pier 76 on the Hudson River, Brooklyn’s MetroTech campus and other open-air places hosted movie fans. Films were played on gigantic screens under the […]